How about we steal something that needs to go into Pathfinder from DnD!

You take a second in battle to bandage your wounds. Make treat wounds action on yourself. On a critical success, you removed the wounded condition if you have it. You may do this once per day.

Running Numenera at the store and noticed the one jack was abosoultely in trouble against the heaviily armored foe. Let’s help with that.

Notice Fault (1 Intelligence point): This is a nimble strike aiming for a foes weak point. You make an attack and reduce the foes armor by 2 if you use a light weapon. Action.

Check out our latest Board Game Review!

If your next action is to cast a heal, reduce the number of actions to cast it by 1 (minimum 1 action).

If your next action is to cast a harm, reduce the number of actions to cast it by 1 (minimum 1 action).

Time for more Starfinder! How about some love for the technomancer.

Benefit: When you cast energy ray it deals 1d8 damage instead of 1d3 of the chosen energy type.

I want to help the clerics when they drop a 3 action heal or 3 action harm spell. Let’ do this!

Your faith infuses your healing toward others. When you cast heal using three actions, you add additional hit points equal to your Wisdom modifier for each level of the spell used.

Your hate infuses your pain into others. When you cast harm using three actions, you add additional damage equal to your Wisdom modifier for each level of the spell used.

Something my players really wish they had this weekend!

Shake It Off Feat 1

General
Your body just shakes off the pain faster than others. You gain a +2 circumstance bonus to flat checks to end persistent damage. 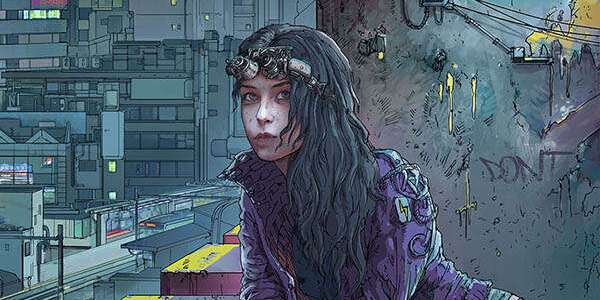 Basics–  Want some cyberpunk with your DnD 5e mechanics?  Carbon 2185 uses the DnD mechanics you love but moves them to a nonmagic, cyperpunk future.  Let’s break it down

Mechanics-If you can play DnD 5e, you honestly know everything you need to.  It’s d20 + ability modifier + proficiency modifier if they are proficient.  This is the elegance of the DnD 5e system, and it’s fully on display here as skills, attacks, and saves all come across into this game.

Character generation-Again, DnD 5e is on display, but there are some drastic changes.  You choose a not-race called an origin, then you choose a background.  This is honestly the biggest change from DnD 5e.  Here you choose an occupation then roll 2d6, adding half your Intelligence modifier to see if you last five years in your chosen occupation.  Roll below your threshold and you are injured and lose your job!  Survive long enough, and you get paid as well as gain a skill.  You can take as many five year time periods as you want, gaining skills and money along the way.  All characters get a retirement gift when they leave but if you go long enough you get a retirement bonus.  This also changes the game in a weird way.  This is an old mans game.  If you need four times five years to get a retirement bonus, then your 18 year old going into work ends up 38 coming out.  Heck, if you pull another five years in for the sweet, sweet money, you end up middle aged!  Age alters the stats a bit, but it’s something to consider.

Classes-Carbon 2185 is DnD 5e, so there are base core ideas that will be here.  The Daimyo is the barbarian and so on, but Carbon 2185 has subtle changes to the system that will keep it fresh.  Your Daimyo also has bard abilities that make it a bardbarian.  Most of the classes are represented, but they end up with a Carbon 2185 twist that does make them fun.

Cleric/Doc-You can’t really have a high hit point game without a healer, so this system has the Doc.  The doc doesn’t get spells, but gets a lot of other toys that make them kind of a fighter or other splash classes.  Healing abilities refresh after short rests to keep your characters fighting.

Wizard/Hacker-Everyone wants a spellcaster in their DnD, and cyberpunk is no exception.  The hacker is the class that has nanobots that do things.  In this system everyone basically has Matrix-like hookups that allow them to go online, so you can use that to manipulate them either with pain or distractions.  This character also is the one who can manipulate computers, but there is also the hacking skill.

Mechanics or Crunch– I like the crunch here, but I feel that other cyberpunk games have ruined me.  Shadowrun has deckers who are hackers, but in this game you can’t really hack a computer and make it do all the things you want to do.  Hackers have limited uses of their “spells” so it feels a bit off.  Why can’t my hacker hack more than three computers a day at first level?  I know the “why” is mechanics based, but it doesn’t quite fit.  It’s fun, and it’s fast, but some things don’t fit as well as I want them to.  Also, this game is VERY random.  Character backgrounds have a very wide variety as some lucky players can get MASSIVE amounts of money and skills while an unlucky one won’t get money or skills from their background.  Base abilities are the same with no point buy in the basic system .  There is the basic array, but I still want my point buy.  Furthermore, no feats!?  You get character advancements, so feats may come one day.  But, I want them!  Let’s hope they come out in another book.  Overall, Carbon 2185 works mechanics, but there are some issues that may affect your fun in the crunch.  4/5

Theme or Fluff-Carbon 2185 is its own setting.  It’s not exactly just cookie cutter cyberpunk, but is it’s own world that builds fairly organically from today.  It’s depressing as all hell, but it feels real.  I enjoy playing in this setting while I would NEVER want to live there!  5/5

Execution–  PDF?  Yep!  Hyperlinked? YEP!  I like the book in general, but I feel that more is needed to further define things like computer security level and how some skills work.  More are the major things I need here.  Like more pictures of enemies in the back of the book.  More explanation of things that are talked about, but not shown.  I like what’s here, but give me more to help better understand the world.  4.5/5Summary-I like this book, but other things may have influenced me.  Cyberpunk is a fun world to play in, and the DnD 5e system works lightning fast.  But, some of those pieces don’t work well, like the hacker’s “not spells” and hacking computers. That hurts things a bit in terms of flow.  The world is fine, but I want more stuff to show myself and the players to help me see the world and better understand the flow and crunch of it.  I foresee a number of expansions to this and that would really help the players make the characters their own. It’s a solid RPG with a few issues that hurt it.  If you want some Cyberpunk and some simple gaming, this will be your new favorite.  90% 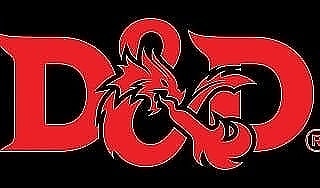 How about a feat inspired by the last for for DnD 5e? How much Carbon 2185 should go into DnD 5e?

You have trained with clerics and mastered quick blessing that you can use to keep your friend in the fight.  Gain the following:

Train long enough and you learn how to do a few things.  Gain the following: